For the third consecutive year, EDS, together with the Hanns Seidel foundation and Croatian Academic Union (HAZ) organized the Centre Right Academy in Zagreb.

It has become a beloved tradition, and this year was not going to be any different. The main goal of the CRA has always been to have a more interactive academy. Where we focus more on workshops and teaching, rather than specific policy creation, which we develop during the Council Meetings.

We had three days of interesting speakers, some of which included Prime Minister Plenković, Domagoj Milošević President of the Parliament board of EU, Minister of the Interior Davor Božinović, as well as representatives from organizations and the academic world.

The main topic of the event was the “Future of Europe”, and all our speakers gave us insight and information on their views regarding the future of Europe and where the EU was headed. We learnt a lot about Croatian culture and politics, and got confirmation from the Prime Minister himself, as well as others, that Croatia will continue working towards closer cooperation and ties with the EU, through hopefully one day joining both Schengen and the Euro-Zone.

We hosted more than 30 members from all over Europe, who all also participated in a simulation workshop where they worked on speech writing, debate techniques and policy research by being assigned various topics and political groups within the parliament to represent, having to advocate and defend opinions than were not necessarily their own. This also gave the participants an opportunity to find the various parties’ goals and strategies for some of the main policy areas for the upcoming EU elections, as well as a better understanding of our European partners and competition.

Overall, the event was a great success, and we already started working on next year’s Academy. 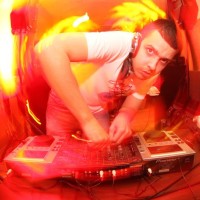